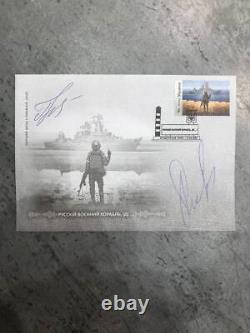 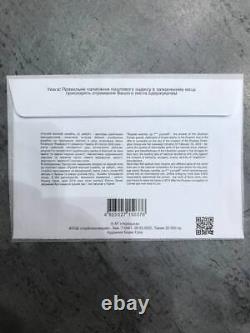 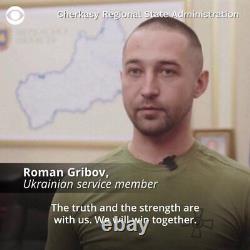 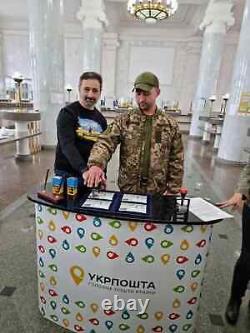 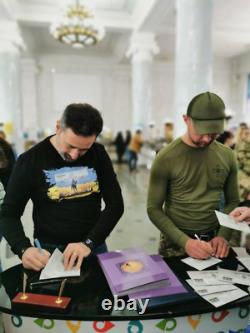 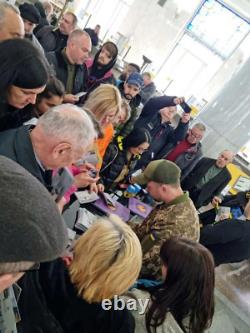 " depicts a Ukrainian border guard showing an obscene gesture to the cruiser "Moscow. On the first day of the war, his command offered the Ukrainian servicemen from Serpent's Island to surrender, to which they received a laconic answer.

Initially, they planned to issue seals in the city of Lugansk and the city of Donetsk, but due to fierce fighting, it was decided to send the seals to the nearest cities where it was still safe at that time. The seals were sent to the city of Severodonetsk and the city of Kramatorsk. There is photo and video evidence that the autographs belong to the indicated people. This item is in the category "Stamps\Europe\Ukraine". The seller is "oopsvendetta" and is located in this country: UA.

This item can be shipped worldwide.